A new retrospective of his career includes his signature aesthetic touch on everything from his ethnographic studies to his fashion shots.

Irving Penn was one of the twentieth century’s great photographers, known for his impressive images and masterful printmaking.  At a time when photography was primarily understood as a means of communication, he approached it with an artist’s eye and expanded the creative potential of the medium, both in his professional and personal work.

Born in 1917 in New Jersey to immigrant parents, Penn attended the Philadelphia Museum School of Industrial Arts from 1934 to 1938 and studied in the Design Laboratory of Alexey Brodovitch, artistic director of the fashion magazine Harper’s Bazaar, between 1938 and 1958. In 1943, the new art director at Vogue, Alexander Liberman, hired Penn as his associate to prepare layouts and suggest ideas for covers to the magazine’s photographers. When looking at Penn’s contact sheets he recognized his talent and promoted him. His first cover for Vogue was in 1943 and during six decades he worked for the glamorous fashion magazine. 165 cover pictures emerged and flawless photos of models, wrapped in the precious materials of the star couturiers, with wasp waists and wide skirts. 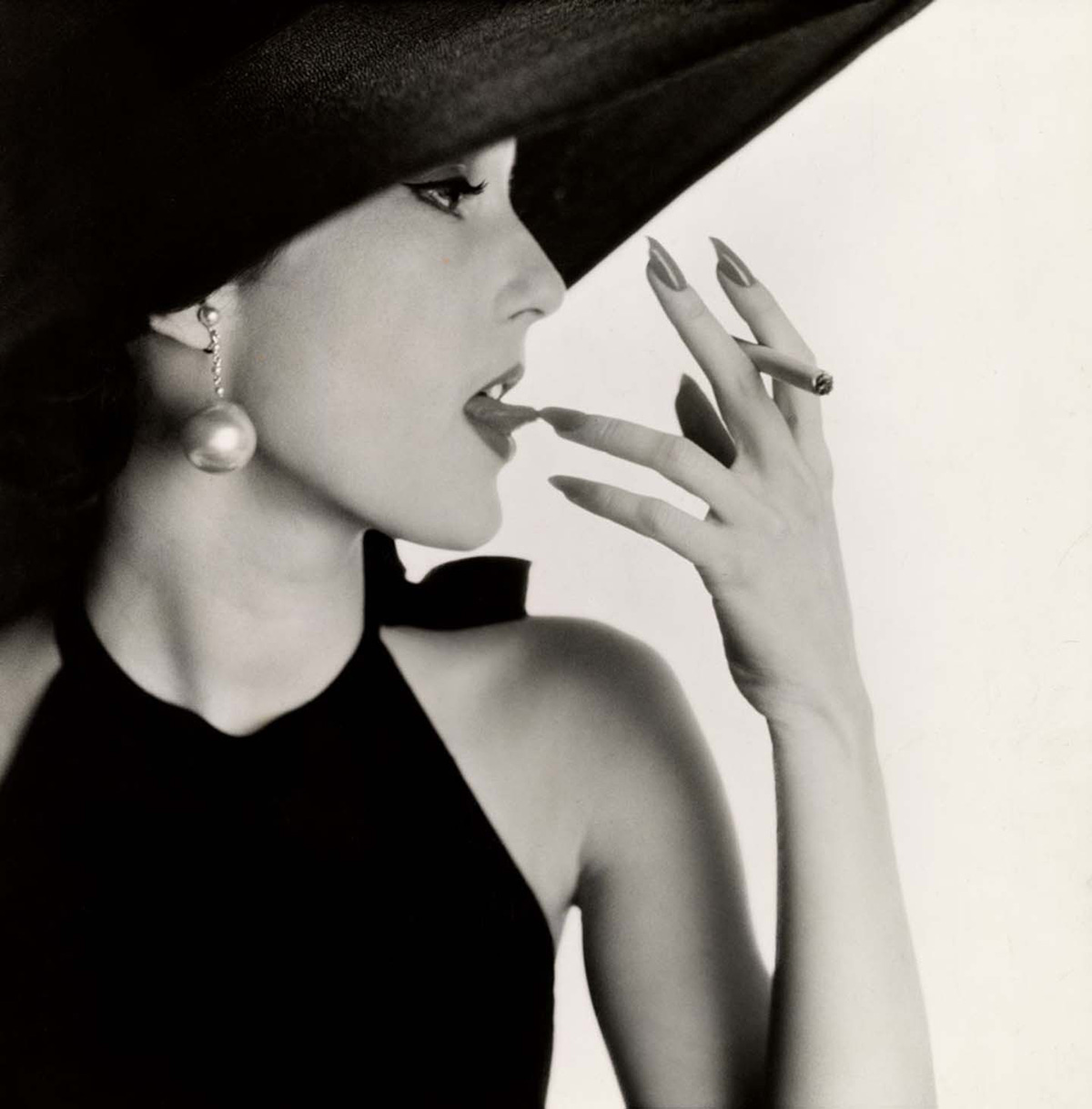 A selection of this works can be seen at the exhibition  »Irving Penn. Centennial« until July 01, at the Amerika Haus of the C/O Berlin Foundation. The exhibition documents Penn’s most groundbreaking photographs created in a period of about 70 years, until his death in 2009. This is one of the most complete retrospective of the photographers work. It includes not only portraits of artists, urban workers, and members of tribes in New Guinea but also nudes, still lifes and his legendary photographs for Vogue.

The collection of the 240 images arranged in darkened rooms, mostly in black and white and in a handy format, was organized by The Metropolitan Museum of Art in collaboration with The Irving Penn Foundation. It will be the first exhibition of Penn’s work in Berlin in twenty years.

Penn was known best for the simple elegance of his photographs, created by the absence of anything inessential. He always photographed his subjects against a neutral backdrop and convinced them to pose in unusual ways. His portraits of artists became iconic, including Grace Kelly, Truman Capote, Salvador Dalí and Pablo Picasso among many others.

One of the photographs that defines Irving Penn style is the portrait he shot of Marlene Dietrich in 1948. In this powerful image is everything that is it so great about his work. Her back and her shoulders compose such a strong shape in a wonderful graphic composition. Like in an uncomfortable pose, she shows her iconic face twisting her body and engaging us with her eyes. As if she would be hipnotized or she would be hipnotizing us. It was never clear how Penn convinced her to pose like this… a woman that usually directed photographers how she wanted to be photographed. 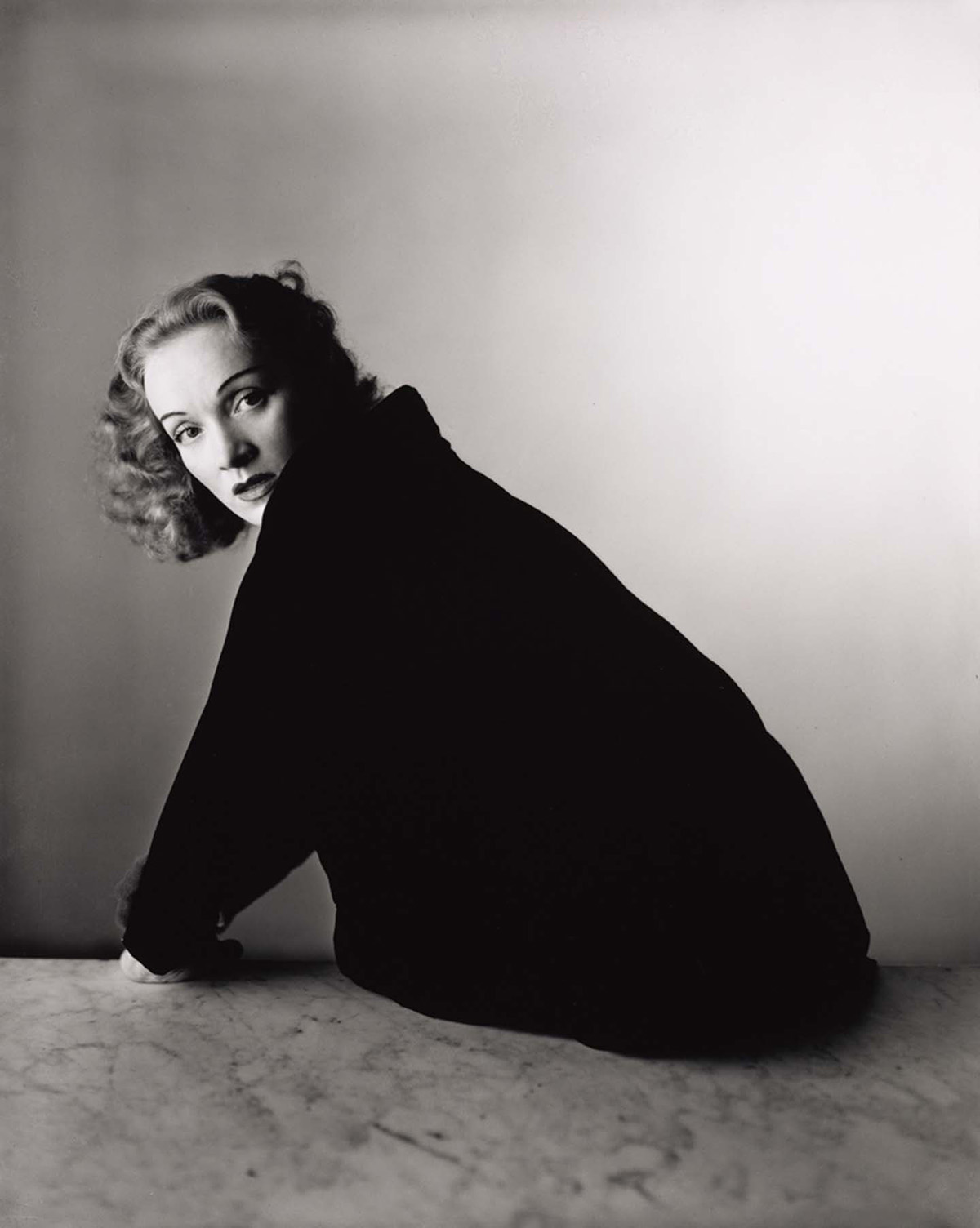 The model Lisa Fonssagrives, Penn’s wife and muse, was his favorite subject, as were the native people in New Guinea and Morocco, where he often traveled.  But Penn’s prolific work did not stop at photographing people. He ennobled his subjects, whether they were human beings or inanimate objects and captured many still lifes of carefully arranged food, cigarette butts and products from brands like Clinique for advertising campaigns. In his famous picture Mouth, an advertising shot for L’Oreal in 1986, he played with the make up itself in a way that the thick wet lipstick became sensual, beyond the model wearing it. The lips are almost secondary here, like establishing as a sexy element the lipstick itself. His genius found the way to make color samples sexy, witty and maybe a little bit disturbing.

“A good photograph is one that communicates a fact, touches the heart and leaves the viewer a changed person for having seen it. It is, in a word, effective.” Irving Penn

Actually, Penn wanted to be a painter in his early 20s, but he soon realized that his talent lay in photography. He was a technical master, using a variety of cameras, techniques, and printing processes to capture his impeccably composed photographs. He was also a great lover of platinum printing, an expensive and difficult technique that took him several years to perfect. Although invented in the 19th century, it is Penn who is credited with reviving the process and introducing it to modern audiences. He loved the rich tonality and deep contrasts that it produced, but he also enjoyed the challenge of trying to refine it, sometimes spending upwards of 50 hours on a single image.

All prove Penn to have been not so much a creator of fantasy, but more a man able to portray the characters of life with an honesty and understanding that can be appreciated on a deep emotional and intellectual level. It was a man striving for innovation, developing concepts and using his highly intelligent mind to draw his ideas from imagination into reality. Few other photographers have the ability to do this, yet he did it with an unwavering perseverance for almost seventy years.

News and inspirations from the fields of art, photography and design. Interviews with our artists and other leading creative minds of our times.
Enjoy!